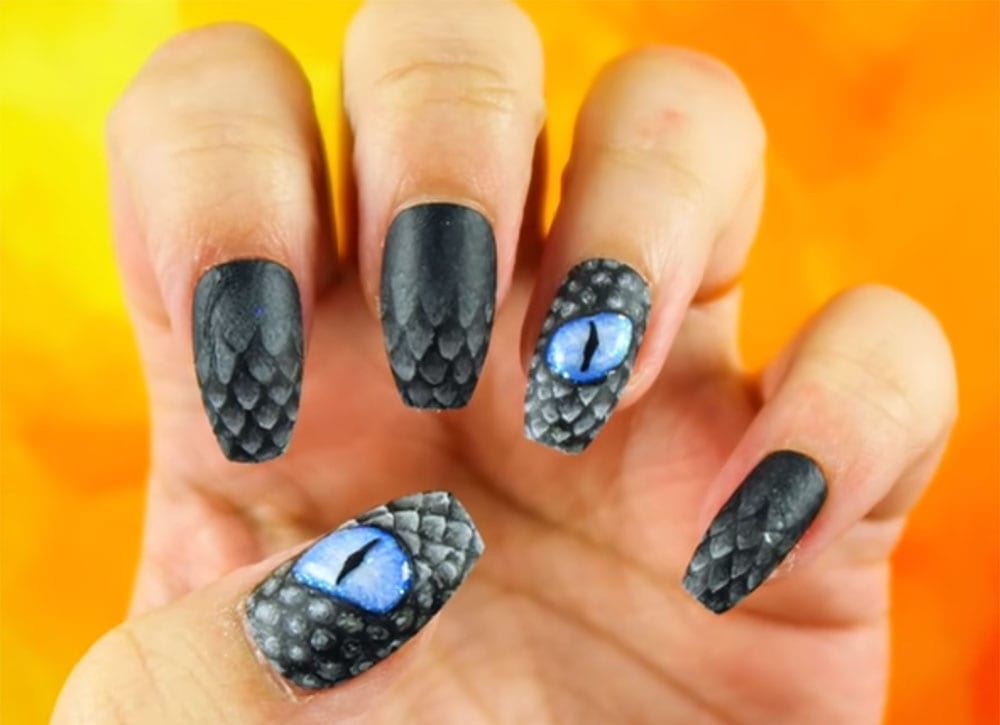 It’s not a shocker that Game of Thrones made such a big impact on people when it was released by HBO on TV. When the series began on 2012 no one thought that there would be as many seasons as there has been. But to do the story justice and with all the detailing in the books, it seems a shame there aren’t more seasons. The creator of the books joked that it was to be the Sopranos in Middle Earth. Everyone loves a touch of fantasy and if you haven’t learned by now, human nature loves drama. Game of Thrones has it all with a huge touch of style and fashion.

It’s no wonder there are so many amazing nail artists out there creating Game of Thrones Inspired Nails that are absolutely mind-boggling! Here are some of the best of the best nails for Game of Thrones. You must get ready to recreate these nails arts on yourself because winter is coming.

If you’re looking for nails that literally say “Winter is Coming” then look no further than this House of Stark nail design. This is done with marble water nail art and it comes out looking amazing every time. It’s also one of the easiest designs you can do while still looking very cool and proclaiming your loyalty to the House of Stark. Check out the tutorial here. 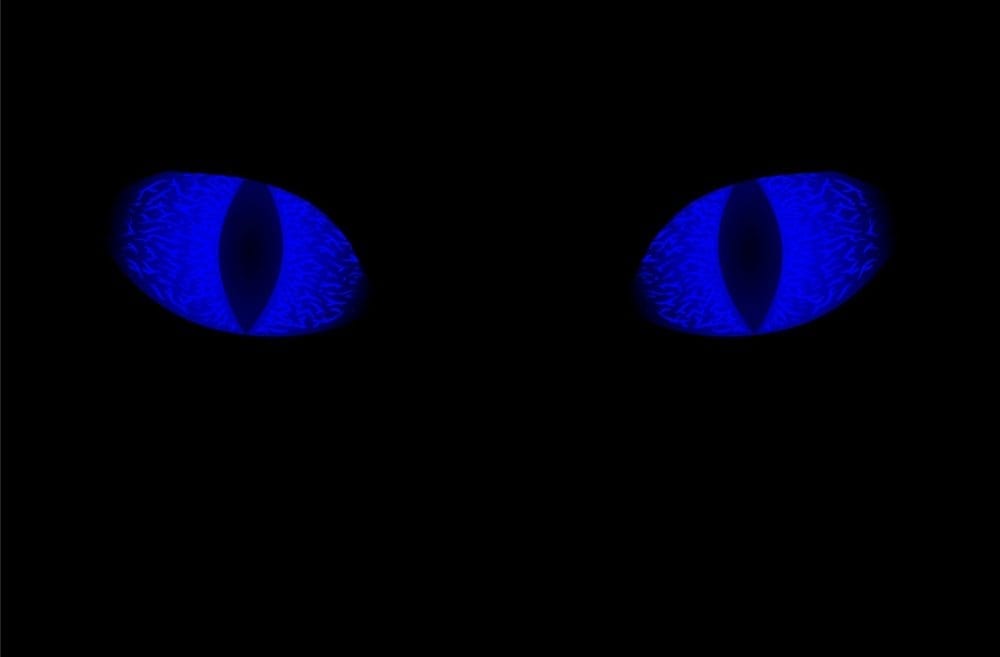 If you’re a huge fan of Danaerys and have seen most of the seasons of Games of Thrones, then you are more than likely familiar with the Ice Dragon and the Ice Dragon Eye. This is one of the most detailed nail art pieces I have seen in a while. So if you’re looking for something beautiful that is also complex then this is for you. Either way, check out this spectacular nail art tutorial by PinkFlyingCow. She does an amazing job with the ice dragon eye details. Royalty-free stock vector ID: 341909048 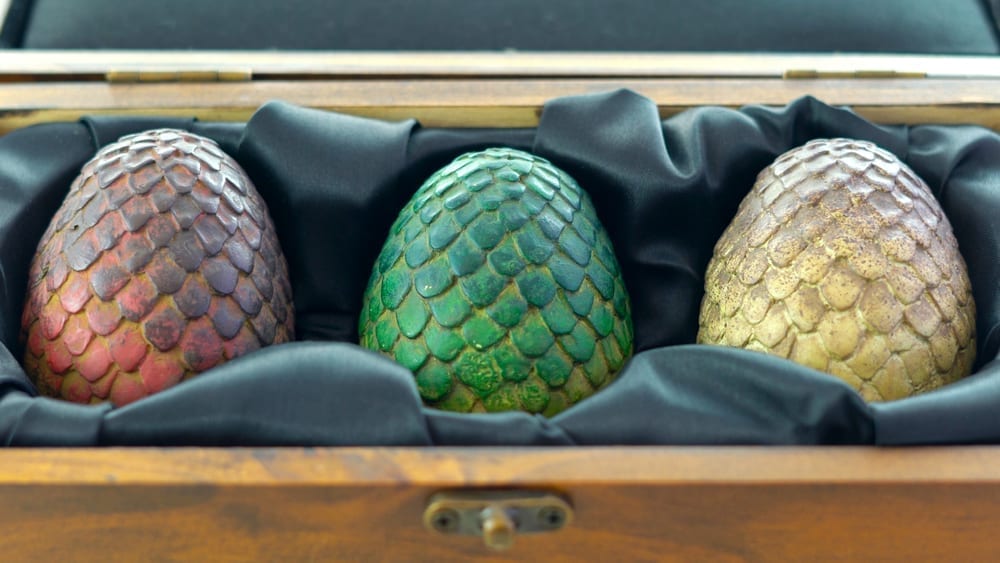 This Game of Thrones nail art has a bit of each house on it. It has Jon Snow, Daenerys Targaryen, Dragons, and Cersei Lannister. If you’re a fan and can’t decide which house you want to represent or pick just one character then this is the nail art style for you. This particular nail look is brought to you by nail artist Ritta Brava on YouTube. She does a fantastic job with all the characters and their individual details.  As you can see she is quite talented.
Royalty-free stock photo ID: 1164932251

Back to everyone’s favorite fiery leading lady, Daenerys, and her dragons steal a lot of the thunder on the show. Her amazing on-screen presence and awesome dragons keep us captivated in every episode she is in. So it’s no wonder that you would want some dragon inspired nails. Here is one of the best nail designs I have seen for dragon egg nails. They look exactly like they popped off the TV screen and landed on your manicure! Get the look here.

Another character who constantly captivates us on the show is Jon Snow. Perhaps it’s because he is an outsider or outcast and we can relate to that. Perhaps it’s that he has a handsome face. I don’t know, but whatever the reason we love him and definitely want him on our nails. This next nail art not only has that handsome face painted on a mani, but also has the wolf, Ghost drawn on the nails as well. The detail of these is so well done I can’t find another nail design similar to it that I like more so here is the awesome tutorial by StarryNail on YouTube. 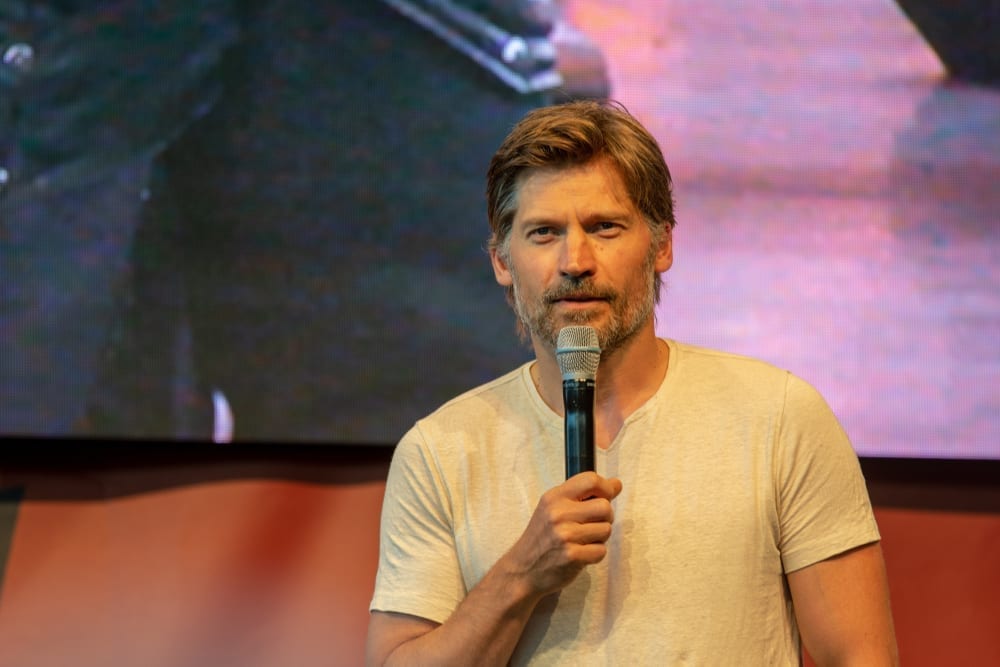 Do you like the House of Lannister? Do you wish that you belonged to it? Well, now you can have some amazing nail art inspired House of Lannister nails. Here is one of the coolest nail designs for the Lannister’s’. Go here to check out the amazing tutorial by torrinpaige, a fabulous nail artist. 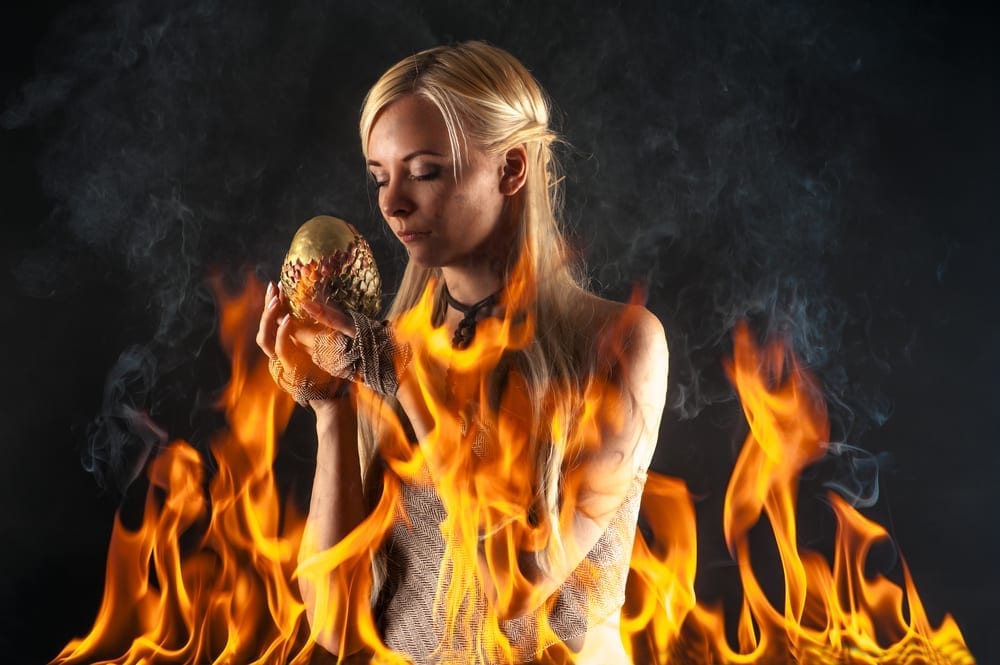 If you have acrylic nails and are looking for a longer look of the Daenerys dragon egg look then look no further than this nail tutorial by BabygirlNails. She does an excellent job of showcasing the Game of Thrones Inspired nails. 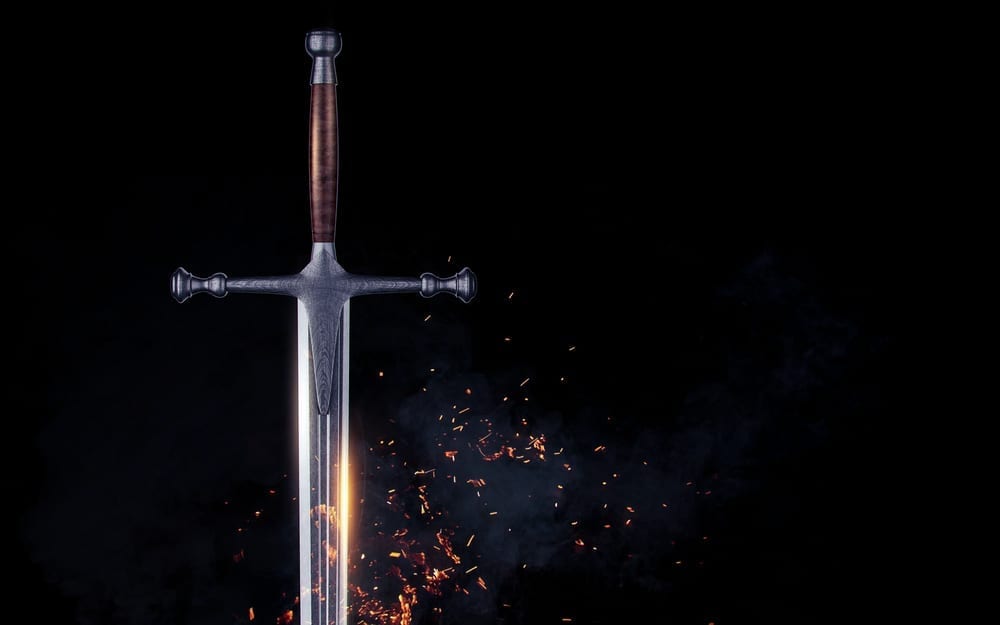 The Battle of Blackwater nails are only for those hardcore Game of Throne fans. These are hand-drawn nails that depict the Battle of Blackwater. If you’re looking for the green nail glow inspiration from the battle look no further than this nail tutorial right here by Wickedmani. She literally has a Wickedmani and even gives you information about the products she uses to create this amazing design.